Short version: NOT the same thing as Blender, a powerful open source program for 3D rendering. It's a benchmark by the same group for various machine tasks (focusing on 3D), as well as a very interesting open data effort.

Since you may want to know what machine can run it better than another (say one has a faster graphics card, the other a faster processor), this is one way to tell.


"... developed by the project's team to collect hardware test results and make comparisons between system hardware, installations, and to assist developers to track performance during Blender development." https://www.techspot.com/article/2009-m ... ware-apps/

You also get to see right from the home page how well the high-end AMD processors are doing right now, at least in 3D processing. https://opendata.blender.org/

Claims portability, but I was a little confused by the resulting program behavior. It seems to require both an Internet connection AND it doesn't save to the local folder (such as a USB drive). Maybe need to be launched from an external drive to avoid that.

Status: Not portable, writes log file, benchmark tests, and other info to: C:\Users\USERNAME\AppData\Local\blender-benchmark-launcher

Resources (megs): 37 disk space, 30 megs RAM. Includes a benchmark downloader that grabs another 600 megs of data, and took up ~500 megs of RAM during testing. 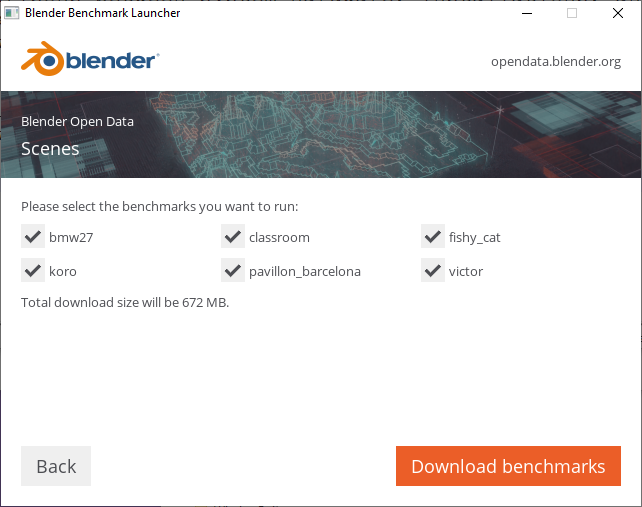 I ran my test on a 3 year old i5 laptop with onboard (Intel) graphics. 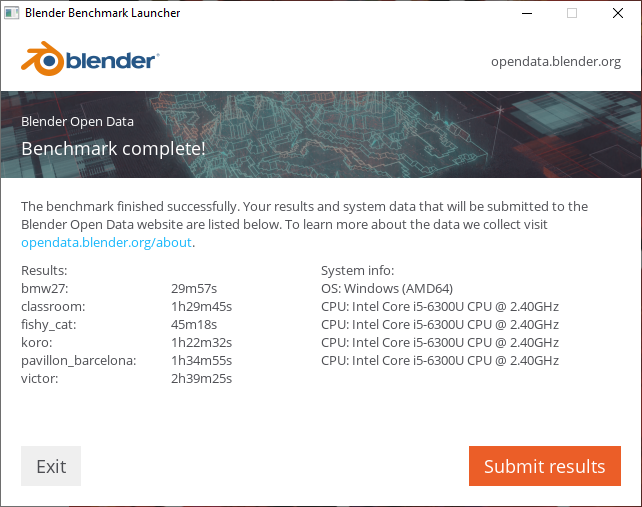 Lower numbers are better so, if comparing two machines, the one with lower numbers is probably better for 3D work.

The program probably isn't the best to determine "is my computer fast" vs. "is my computer responsive." At least for me, those are pretty hard questions ever since megahertz stopped being a good measure of system speed.
Causes: Stop the Earn It Bill! / Support Mozilla / Net Neutrality (discussion)
Top
Post Reply
1 post • Page 1 of 1