Submit portable freeware that you find here. It helps if you include information like description, extraction instruction, Unicode support, whether it writes to the registry, and so on.
Post Reply
4 posts • Page 1 of 1
Message
Author

Fopnu (https://www.fopnu.com/) is a multi-platform (Windows and Linux) P2P filesharing system based on the torrent protocol that is claiming portability (untested!). The main highlight here is the portable version ability to run both in Windows and Linux.

I suspect Fopnu to be somewhat related to Tixati, but can't really substantiate further.

Unlike many other P2P file sharing apps, we take pride in saying NO to spyware and adware. Fopnu installs and uninstalls cleanly and doesn't add anything extra to your system. Our software is fully self-contained and doesn't have annoying dependencies on Java or .Net frameworks. 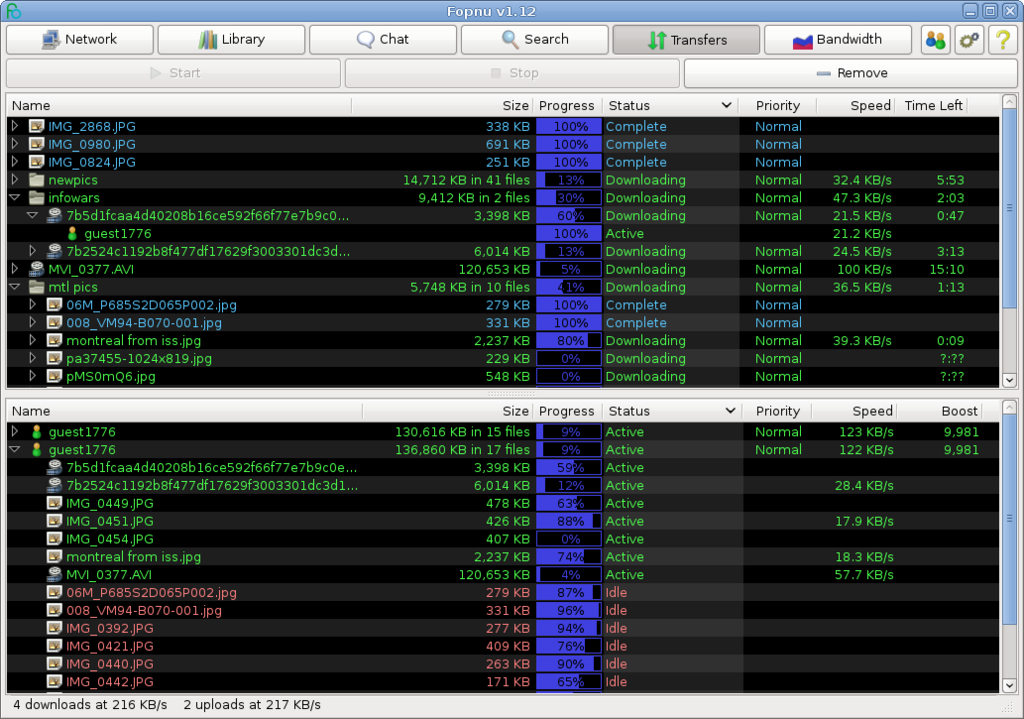 This portable version of Fopnu is meant to run on a USB flash drive or other portable media. It stores all it's configuration files in the same folder as the executable binary files, and all file paths are stored in a format relative to the program executable folder.

It is important you do not delete the 'fopnu_portable_mode.txt' file within the executables folder. This file is what triggers Fopnu to run in portable mode.

I'm very happy to see something new in this space and especially something so open to portability, but have you tested it much? Does it work better than existing tools?
Causes: Stop the Earn It Bill! / Support Mozilla / Net Neutrality (discussion) | TPFC Discord channel
Top

Not really, no, sorry. I have little use for that sort of program nowadays...

I got a chance to test this out recently and was very pleased. Found a good selection, fast connections, and very snappy interface, which is in itself an accomplishment for file sharing programs.

Note that all downloaded files are automatically shared. For additional security, I ran this inside Windows Sandbox (as pictured below). 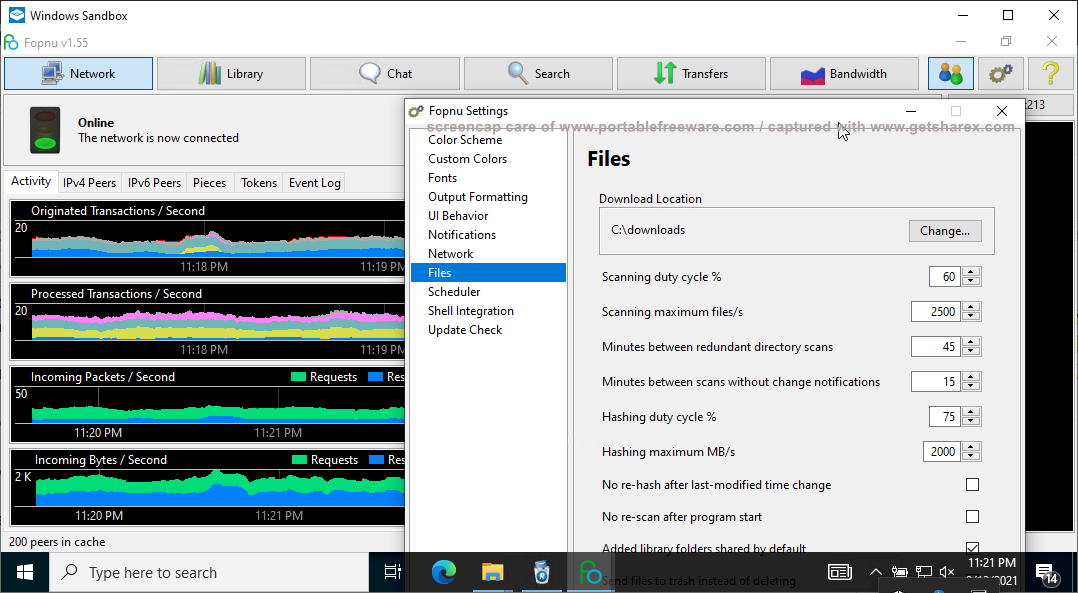