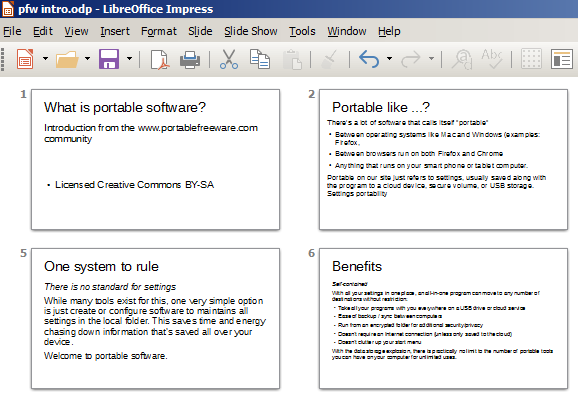 Also, I forgot to add a thanks to user mimik who inspired me to finally tackle this.
Causes: Stop the Earn It Bill! / Support Mozilla / Net Neutrality (discussion)
Top

This idea actually gave me the most pause. I've been trying to integrate it into the overall narrative but for the moment I just added a slide to the backup set. I'm struggling because not all programs here on the site have a natural functionality to save everything to the local folder, just most. But you couldn't be more right about some critical file getting saved to AppData that no one would know to backup and would get lost on drive failure.
Causes: Stop the Earn It Bill! / Support Mozilla / Net Neutrality (discussion)
Top

Anyway, I pushed another edit up. Feedback welcome. This may look a little basic, but I was determined to use only freeware tools, so it lacks some of the polish that a more intense process would generate. Maybe I'll break down and use some more advanced tools to bring a clearer intro.
Causes: Stop the Earn It Bill! / Support Mozilla / Net Neutrality (discussion)
Top 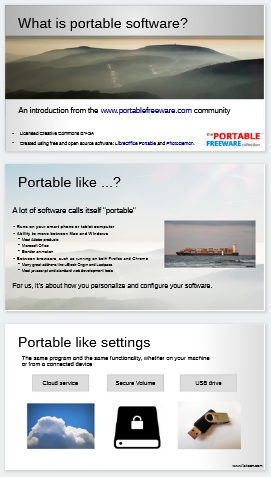 It feels good to hear that. I have several other ideas that I want to dig into both on and connected to the site intro -- hopefully I can get the bandwidth to finally start building. Thanks for the encouragement.
Causes: Stop the Earn It Bill! / Support Mozilla / Net Neutrality (discussion)
Top

... I especially liked #4 on the list discussing unwanted startup items, something that I think I left off my own arguments for portability.
Causes: Stop the Earn It Bill! / Support Mozilla / Net Neutrality (discussion)
Top
Post Reply
14 posts • Page 1 of 1