Although it has a small feature-set compared to many other free options, the program sets itself apart with an excellent image addendum program and the ability to function on Windows, Mac, and multiple Linux desktops. Ksnip is very nice to have and doesn't require you to re-learn the interface every time you change platforms.

Review: Really impressed by the editor tool. It treats every addendum as an object that can be moved around, grouped, shifted, etc. even after the image is reduced/cropped. Very customizable. 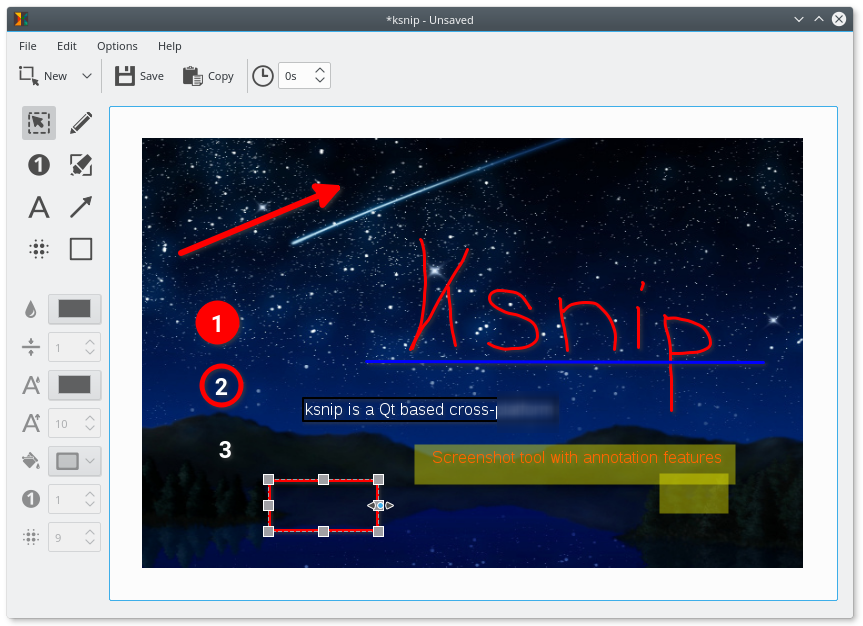 EDIT: the program roughly the same on Mac, but was buggy in places, such as when adding blur groups (to obscure private data), selecting individual items, and modifying properties (e.g. line thickness). Either way, it's better than my current screenshot editor, which was the default system app.
Causes: Stop the Earn It Bill! / Support Mozilla / Net Neutrality | TPFC Discord channel
Top

I haven't tested this latest version, but it looks to have seen some active updating since its original post here on the site.

Smaragdus asked for a portable version a little over a year ago: https://github.com/ksnip/ksnip/issues/160 ... they seemed available to it, but it unfortunately doesn't sound like a priority.

I saw the screenshot and was wondering for a second what kind of inappropriate word needed censoring in "cross-p...", before realizing it is a showcase for the blurring filter!
I do NOT have other accounts.
Top