Submit portable freeware that you find here. It helps if you include information like description, extraction instruction, Unicode support, whether it writes to the registry, and so on.
Post Reply
23 posts
Message
Author

This used to be a fairly good compression program. Then they added some features ...
I've written probably 100 program descriptions but I don't think this is a compression tool anymore -- I think it's in the "feature rich file manager" area.

Given the astounding number of features and cool extras I caught during the last update, I decided to give this program a try on one of my machines (I've only used 7-zip for 8+ years). I also tested both the installer and portable versions and, when I put a PeaZip shortcut in the SendTo menu, it actually worked better than the install features.

Update: I finally gave up on PeaZip and switched back to 7-zip. Too many things that just weren't playing nice with Windows and too many of the interface controls were confusing.

Edit: a good PeaZip review that covers many of my feelings about it: http://www.softpedia.com/reviews/window ... 7179.shtml
Causes: Stop the Earn It Bill! / Support Mozilla / Net Neutrality | TPFC Discord channel
Top

webfork - I've changed the primary category back to "Files - Compression/Decompression" and tagged it as "Files - Manager" in the secondary category.

Feel free to revert those changes if you strongly feel otherwise.
is it stealth?

freakazoid wrote:webfork - I've changed the primary category back to "Files - Compression/Decompression" and tagged it as "Files - Manager" in the secondary category.

First, thanks for paying attention to categories. I think that's how a LOT of people encounter the site for the first time and I think it makes sense to spend time on it.

As to this particular issue, it ultimately it comes down to a question: what's the difference between a compression tool and a file manager? Keeping in mind that, with the exception of Universal Extractor, most compression tools have a file manager interface, some even with a dual pane view, it can be hard to draw a clear line. Since PeaZip was already a little further along than many compression tools, it was verging into File Manager territory but the leap in featureset over the past year or two pushes it into a new category. How long before they add more features than FreeCommander XE or MultiCommander? What then?

That's the thing: if I was talking to someone about it, I'd say "this program used to be primarily a compression tool but it's gone way beyond that."
Causes: Stop the Earn It Bill! / Support Mozilla / Net Neutrality | TPFC Discord channel
Top

And here's how it looks nowadays: 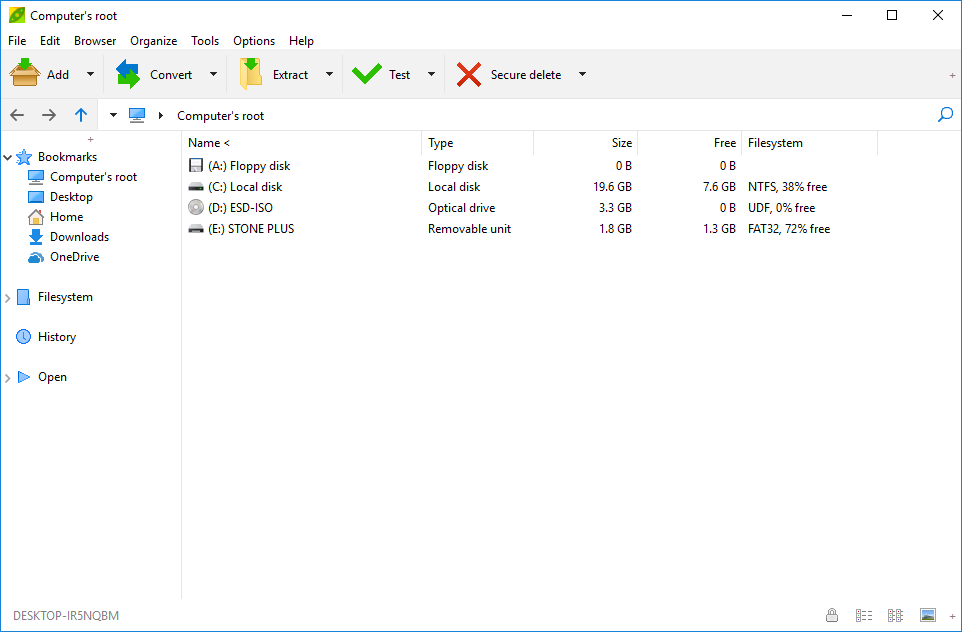 A total of 210 file extensions can now be managed by PeaZip.

Just a note that I changed the filesize to reflect the 64-bit version. Most users are on 64-bit PCs, not 32-bit.
is it stealth?