by Midas
The concept of portable invoked here is downright fuzzy, but I had this links around for so long that I felt compelled to just do something with them...

On page three of article above, you'll find the late Olivetti Quaderno, a sibling of which helped me play Tetris through the hardship of my university lectures...

It was v1 mind you, so no Windows (v3.1 at my time); and also no colors, only 16 shades of grey, no internal floppy reader, and a whopping 20MB HDD (almost doubled with Stacker). I used Wordperfect v5.1 to write my term papers and had them lavishly laser-printed (when most printers around were still of the needles kind) with the Apple printer at the students syndicate, via the magic of Wordperfect printer drivers and RS232 emulation. All of this at a nominal cost equivalent to current day EUR 600 -- the proverbial arm and leg...

by Napiophelios
Damn I knew my XP was being put to sleep but I didnt realize my netbook was next.
Of all the computers and devices around the house its the only one
my kids havent permanently borrowed or just dissappeared...I guess they already knew.
Its an ASUS eeepc from like 2009 I think,I love it though...of course I dont play games much
or even use a computer for anything important/productive anymore these days
so I am not hard to please when it comes to specs

I have a knock-off 10" tablet but I like it for all it does except browsing the web,
I cant stand navigating by touch screen..no hotkeys eeeek
Every time I managed to get my hands on it though the battery is dead.

My favorite portable device is my Samsung Media player
(Its not on your list but its already outdated tech so its sort of on topic)
It has all the features of a smart phone (except the phone part)
It has a non upgradable android os but most apps and games are still compatible.
It also has an 8gb card built in and ther is an 8gb card in the slot.
With a 5" wide-screen is suprisingly comfortable to watch movies on.
I find it very impressive despite its antiquity,I will probably have it for a long time.

by Midas
I have so many outdated computing devices laying around the house, it's starting to look like a junkyard...

Regarding media players, I really loved the iRiver H3x0 -- mine is a custom H380 (meaning 80GB HDD), and although the battery is now pretty tired, it's still in good working condition... 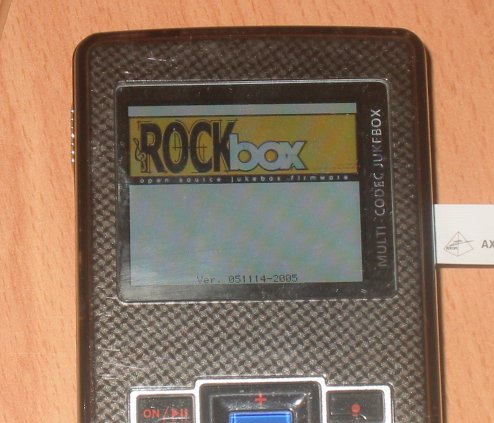 by freakazoid
Ha! I have an even older iRiver than you, midas!

Don't use it any more though.

I still use Rockbox on a Sansa occasionally and have recently started using the Android version as well though the interface kinda sucks.

freakazoid wrote:I still use Rockbox on a Sansa occasionally and have recently started using the Android version as well though the interface kinda sucks.

I bought an old, used Sandisk Sansa e250 because installing rockbox will allow you to put in a 32 gig miniSD card. That sucker won't die and it's VERY entertaining with all the goodies they throw into the Rockbox distro. I love that thing and I love Rockbox.

by Midas
Forgot to tell you that I also own a Rockboxed Sansa, but mine is a Fuze 8 GB (https://en.wikipedia.org/wiki/Sansa_Fuze). 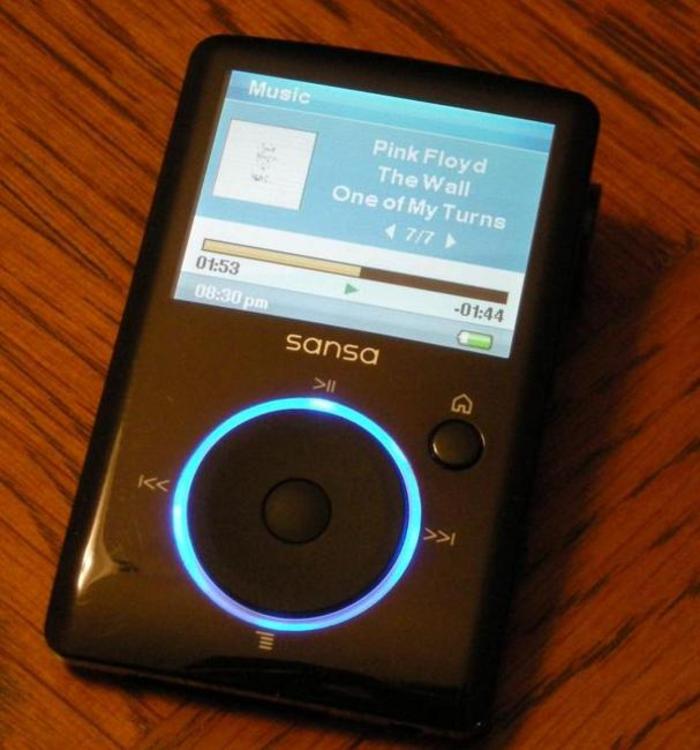 .
I don't use either anymore: my Android smartphone has 32GB internal memory (plus a 64GB SD card) and is more than capable of playing anything I throw at it with audiophile fidelity...

by freakazoid
@Midas - I also have a Sansa Fuze with Rockbox on it.

freakazoid wrote:I still use it when travelling since it won't kill my smartphone's battery

Midas wrote:Forgot to tell you that I also own a Rockboxed Sansa

That sansa looks great. I've been using an Sansa Clip with Rockbox for a while now. The clip itself was flimsy but I can't deny the device is pretty durable. It's definitely not worth the $80 Amazon is selling it for.

by h3kt0r
This one is running "RockBox" too and it sounds really great : xDuoo X3.
Coupled with a headphones amp, it's even better : Fiio Q1 mk2.
Got these three years ago, both never failed me (yet).