Considering CloudReady (https://www.neverware.com/) Home edition is free and it can be run portably from a USB drive, I guess it might interest TPFC's community (untested!). 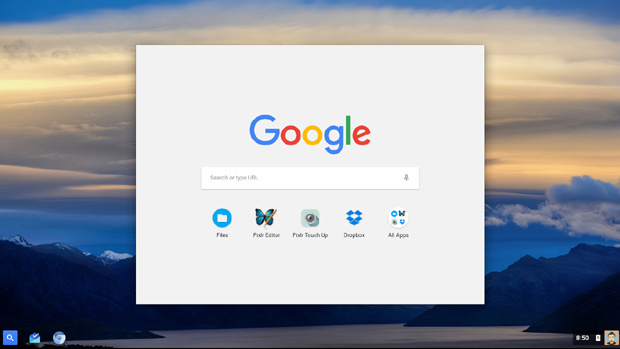 Interesting stuff, thanks for posting about that.

Some notes / concerns
License: free for personal use only

I did a bit more digging on this and I think it makes sense primarily for slower / older machines. Obviously this is an operating system you could run without a hard drive, but I do wonder if it runs into the old problems Linux has with network drivers.

So, anybody attempting to use this OS instead of local installed software on a system not connected to the Internet will not be able to access or use the 'web apps'. Handy. All of my portable apps are stored locally because I despise using 'web apps'. The nearly constant reports of some insidious hacking group breaching a supposedly secure cloud service or website doesn't encourage me to trust cloud storage, web apps, or anything continuously connected to the Internet.
Top

The lack of reliance on other sources (including internet access) often one of the primary arguments in favor of portable freeware. That was one of the reasons behind my desert island apps thread (which now that I think of it needs an update).

Also, I have a few devices that I use for inconsequential stuff (e.g. playing music, movies, browsing websites) that I don't trust with anything important. I can see CloudReady functioning in this way.
Causes: Stop the Earn It Bill! / Support Mozilla / Net Neutrality (discussion) | TPFC Discord channel
Top

This program got picked up by Google:

"...ChromeReady is designed to bring new life to older Mac and Windows computers.

Neverware was founded in 2011 with a focus on helping the US K-12 education system revive aging computers that may have struggled as Windows and macOS added features to take advantage of higher-performing CPUs and more memory. The lower requirements of a Chromium-based operating system meant these older machines would perform as well as when new. Neverware used the name CloudReady to play upon the increasing focus on cloud services, which was a necessity for its operating system. Just as Chrome OS requires most tasks to be handled in the Chrome browser, CloudReady relies upon the Chromium browser. CloudReady started as an education solution, but it is now available to the public as well."

Evidently the project will continue in it's current state, though I don't expect it to remain static over the years. Standard efforts to sell user data should be expected, but I can see this program still being useful to a LOT of people. Its not as if millions of old computers are going anywhere, except maybe a landfill.
Causes: Stop the Earn It Bill! / Support Mozilla / Net Neutrality (discussion) | TPFC Discord channel
Top
Post Reply
6 posts • Page 1 of 1