Submit portable freeware that you find here. It helps if you include information like description, extraction instruction, Unicode support, whether it writes to the registry, and so on.
Post Reply
32 posts
Message
Author

Free Commander seems to be not so free. Anyway, I never liked it very much, and more- the '2009' version works better than the 'XE', which is buggy.

I do not like developers like the one of Free Commander and years ago perhaps I would have bought the x64 version just to upload and share it but it isn't worth wasting my time. There are better alternatives which doesn't contain the word 'free' in their names but are really free, offering also a free x64 version.

I agree. Except for a couple of hardly noticeable features, I too haven't found much improvement in the "XE" version; also the 2009 version uses 3x less memory and launches faster on my system.

Yes, it's aggravating to install "so-called" free apps only to find out later that it's "crippled" in someway, nags you for donations, attempts to install crap-ware under your nose, or that it's actually a trial version. I've uninstalled a lot of programs for those reasons. One thing to be suspicious of are complete re-designs or "under new management" announcements, especially for popular apps and when the developer's site looks more like a corporation than a small or privately owned business.

I suppose because more users are catching on, there is the new way now - do it in stages, first by redesigning the app with no apparent change to it's freeware status (to get everyone on board), except that the ability to make "future enhancements" like malware, expiration dates, crippled features, etc. is also put into place. More developers are using these techniques now and I suppose it's tempting (food on the table ya know), especially for popular apps with a lot of users (or freeloaders in their viewpoint).
Top

This will be old news for regular users, but I noticed a fairly complete nested favorites window (on the right side of the screen below) that appears to function as an alternative (one that's actively developed) to the old but excellent CubicExplorer. 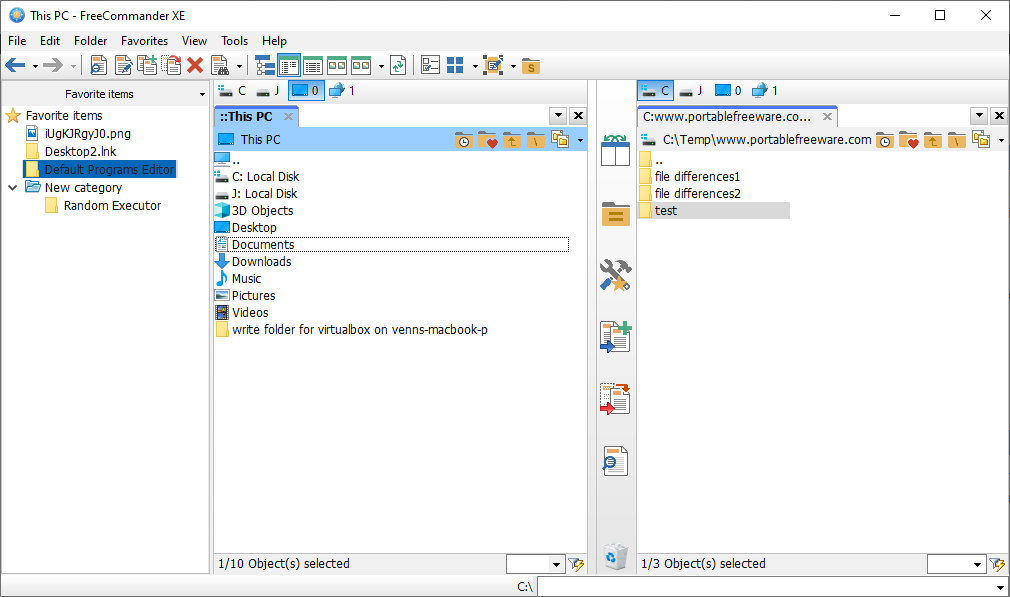 I'd still love to find something cross-platform and open source in this area, but great to have more options. I came close using XMind (https://www.portablefreeware.com/index.php?id=1732) and attaching local links, but I'm finding that a bit hard to work with (the program is not a file manager)
Causes: Stop the Earn It Bill! / Support Mozilla / Net Neutrality | TPFC Discord channel
Top
Post Reply
32 posts