Submit portable freeware that you find here. It helps if you include information like description, extraction instruction, Unicode support, whether it writes to the registry, and so on.
Post Reply
26 posts
Message
Author 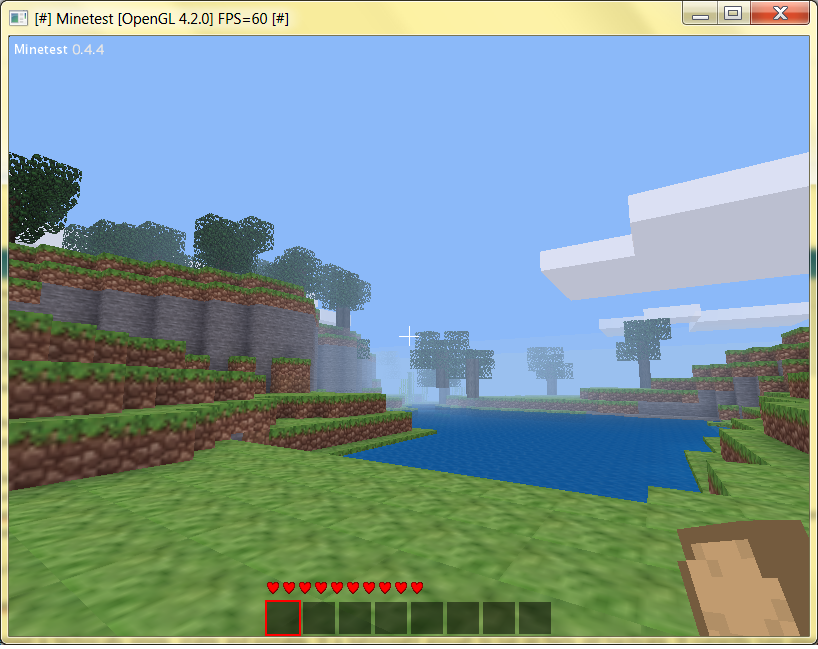 Minetest is an infinite-world block sandbox game and a game engine, inspired by InfiniMiner, Minecraft and the like. It has been in development and use since October 2010.

It is Free and Open Source Software, released under the LGPL, available for Windows and Linux.

Minetest is developed by Perttu "celeron55" Ahola and a number of contributors.

Minetest is technically simple, stable and portable. It is lightweight enough to run on fairly old hardware. It currently runs playably on a laptop with Intel 945GM graphics. Though, as for the CPU, dualcore is recommended.
Features

Walk around, dig and build in an infinite voxel world (or boxel, as reddit calls it), and craft stuff from raw materials to help you along the way. We hope to add in some survival elements, but not much really exist ATM.
Sinfully easy server-side modding API. (short)
Multiplayer support for tens of players, via servers hosted by users
Voxel based dynamic lighting (quite similar to Minecraft; light up caves with torches)
Almost infinite world and a fairly good map generator (limited to +-31000 blocks in all directions at the moment)
Runs natively on Windows and Linux (C++ and Irrlicht. No Java.)

Single player mode does not require an internet connection. It connects to localhost.
Top

Had a lengthy discussion with a friend of mine about this type of game and the requirements for it, and even powerful machines have limited map sizes.
Causes: Stop the Earn It Bill! / Support Mozilla / Net Neutrality (discussion) | TPFC Discord channel
Top

abc wrote:Single player mode does not require an internet connection. It connects to localhost.

I did select a single player mode but still got a "Windows Firewall has blocked some features of Minetest.exe..." alert message. That's when testing was ended.
Top

Sorry to go off at a tangent but has anyone heard of Comcraft?
Its a minecraft clone for feature phones that run J2ME and although its not free it looks pretty cool. 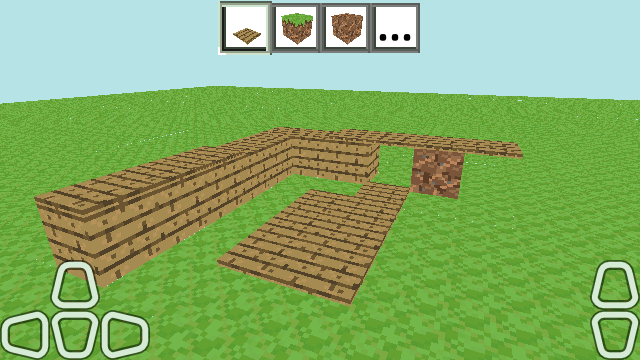 I am Baas wrote:

abc wrote:Single player mode does not require an internet connection. It connects to localhost.

I did select a single player mode but still got a "Windows Firewall has blocked some features of Minetest.exe..." alert message. That's when testing was ended.


With further testing, only on Windows XP SP3 was I able to reproduce the described behavior of Windows Firewal.


"Windows Firewall has blocked some features of this program" 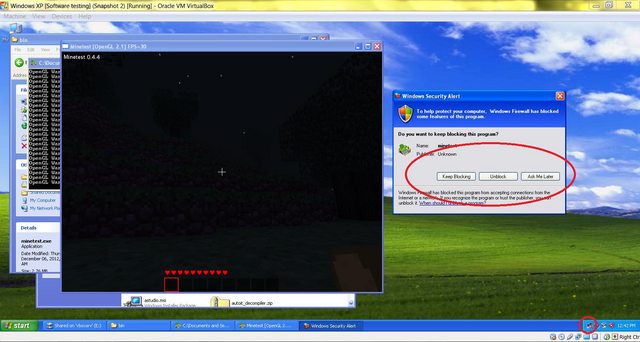 1) Windows Firewall has blocked 'some features' of the program.
2) The network adapter is unplugged.

Yet, the single player mode of the game is still functional.

In short, it "Requires [an] Internet Connection." is simply not true.

Whether Windows Firewall is false flagging or the program really has malicious intent; is something I have no background knowledge of, and have no reason to get into.

Virus total reports 0/41. Of course I would not rely on these results alone.

The program is free and open source and you are welcome to evaluate for yourself, or not.
Top

My cub is crazy about Minecraft, maybe this will catch fancy. Thanks.

I have been playing minetest for a week now and its pretty decent;
havent tested for stealth but it seems portable and it doesnt ask comodo firewall to connect
(unless you are connecting to a server)

when I play minecraft my pc sounds like its about to blow up after awhile,
minetest is much smoother
Top

Minetest is a decent enough attempt at cloning Minecraft ,
I like the authors goals when writing the code, focusing on making the game to function well on older hardware and trying to maintain a native portability.

If you dont mind manually tweaking configuration files its easy to customize its behaviour
It has alot of built in configuration option of which almost all are disabled by default.

It has alot of issues especially with older video cards and particularly Windows XP users.
Namely your inventory items have mislabeled preview images.

also, I have yet to get any of the mods to work without errors ,
except when the mods are already integrated into a mini-game from one of the authors.
Even the downloadable maps have errors and refuse to start without error if at all.
Each one is version dependant much like Minecraft (which is why I stopped using those too)

I am using the latest release posted but all the mods are updated to developement builds and those are found on their forums...so I get alot of outdate client messages or missing dependancy mods error messages...which is really annoying.

Seems like they have alot of good stuff lost to disorganization,only half the mods referanced are in the mod library and most dont work.

All in all it is portable and even when playing just a vanilla version with no addons its kinda fun still.

There is also a fork developement called Freeminer.
It doesnt have as many available mods or texture packs but the ones they have seem to work.
Unfortunately it still has the same issues with XP and older video cards.
And its not as easy on the host OS resources as Minetest.

I think I will go back to using Minetest 0.4.5 it had way less issues and runs smoother for me than the updated version.
Top

TenaciousD wrote:Sorry to go off at a tangent but has anyone heard of Comcraft?
Its a minecraft clone for feature phones that run J2ME and although its not free it looks pretty cool.

Its pretty cool you can upload your own maps and invite others to play
or join and existing server. also you can download any of the server maps you play on .
and its free!

Havent had alot of time to play it but the actual Minetest client is very responsive
and seems to work without all the error messages from v049.

The previews are still messed up but I have learned from an 11yr old on youtube that
its a directx hardware acceleration issue...if you lower it to the second to last setting on the slider bar
the previews are correct labels to images...but the game becomes horribly slow.
I believe I need to update my drivers before complaining about this to anyone on their forum tho.

Minetest is currently at 0.4.16
this is the last XP compatible release.

Please update to Debian 9 or latest RHEL/Centos 7 if you are on those distributions...
...If you compile Minetest from source, you need recent compiler,
GCC 5.1 or Clang 3.6 are the minimum on UNIX systems
and MSVC 2010 for Windows Visual Studio build.

There are other breaking changes which can happen to master branch,
then be careful and don't use on your production builds,
switch to stable-0.4 asap.