Writeup on RogueKiller at TechRepublic here.

This app is popular on many security sites. I've used it a couple of times, but I'm not familiar with all of its capabilities. It writes its scan logs to the desktop and that's not configurable, so I don't know if that disqualifies it. Either way, nice to know about.

Description : RogueKiller is a program written in C++ and able to :

Note: Webpage is now at http://www.adlice.com/softwares/roguekiller/.


http://www.adlice.com/softwares/roguekiller/ wrote:RogueKiller is an anti-malware program written in C++ and able to detect and remove generic malwares and some advanced threats such as rootkits, rogues, worms, … 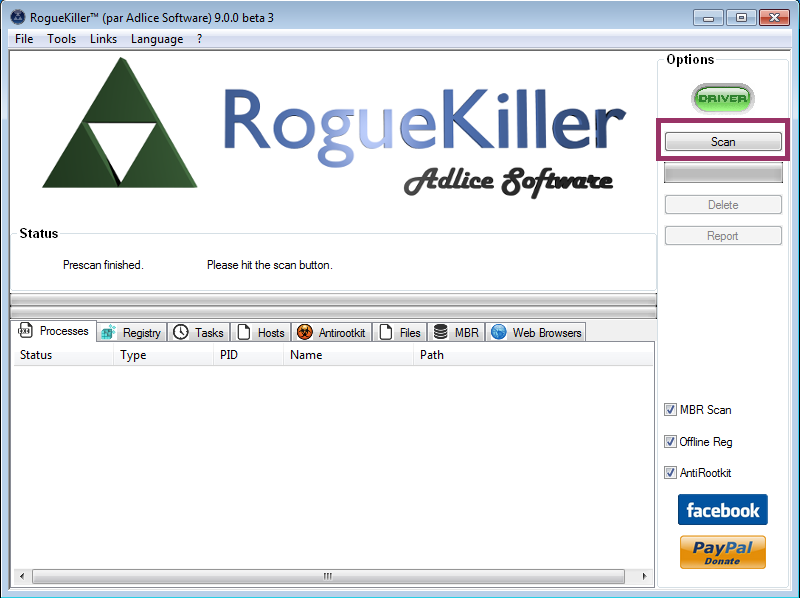 It's easier to download Roguekiller from here to bypass all the donation requests and confusing layout for locating the download links on the developer's site: http://www.majorgeeks.com/files/details ... iller.html.
Top 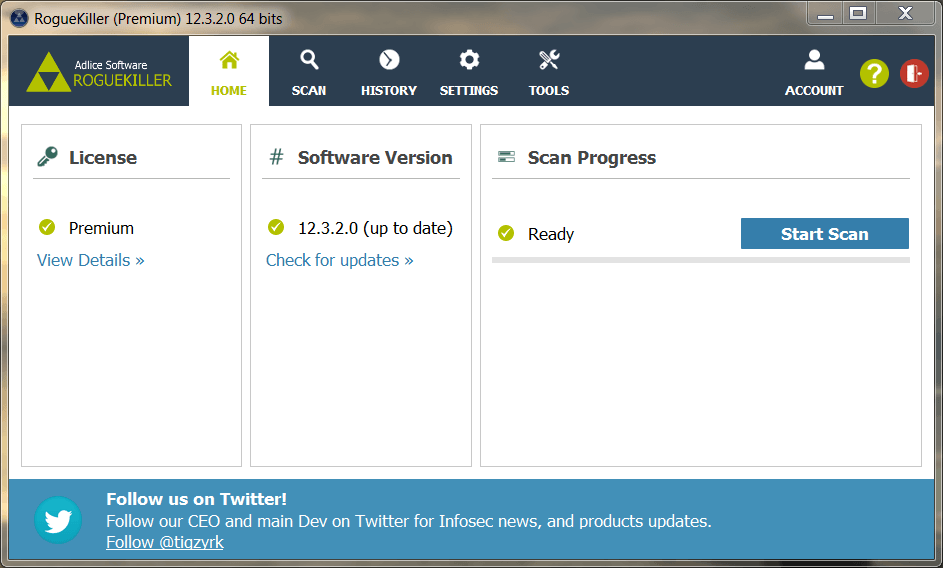 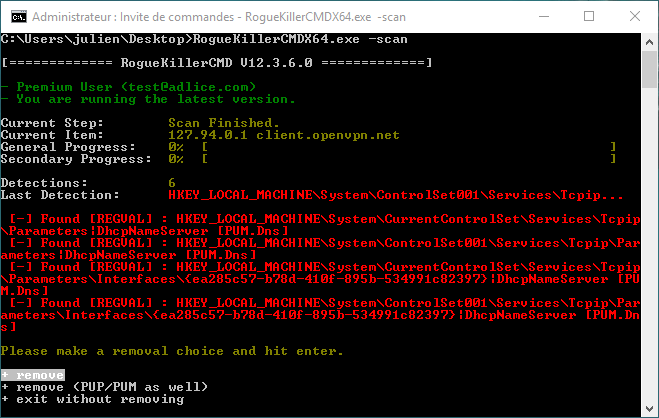 Following the WannaCry debacle over the last weekend, one can not be too prepared...

Softpedia is reporting it as freemium, but the site also adds a "for personal use only" caveat.
Causes: Stop the Earn It Bill! / Support Mozilla / Net Neutrality (discussion) | TPFC Discord channel
Top

I'm actually in doubt this is still freeeware, as when I tried to run a quickscan with the latest CLI version, I got this output: 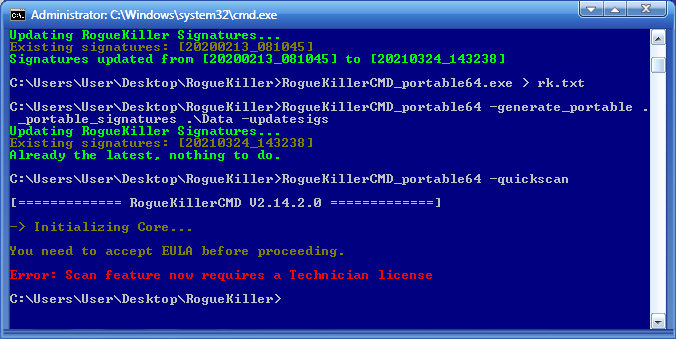