QtlMovie (http://qtlmovie.sourceforge.net/) is basically a front-end for a set of well known multimedia CLI utils, FFmpeg chiefly among them -- but also included are dvdauthor, telxcc, ccextractor, mkisofs and growisofs.

QtlMovie does remind me somewhat of similar Handbrake utility and has 32-bit and 64-bit "stand alone" versions available for download promising to work in limited user environments without installation; the stealth status is unknown, ATM.


http://qtlmovie.sourceforge.net/ wrote:QtlMovie is a simple specialized graphical front-end to FFmpeg and other free media tools. [...] QtlMovie has been designed with simplicity in mind for just a few specific common operations. [...] QtlMovie is open source and released under the BSD license. It is developed in C++ using Qt 5 and should work on any platform supporting Qt 5.5 or higher, ffmpeg and the other media tools. QtlMovie is primarily developed on Windows but is also tested on Mac and Linux.

https://sourceforge.net/projects/qtlmovie/ wrote:The unique feature of QtlMovie is the ability to correctly handle most types of subtitles: DVD, DVB, SRT, SSA/ASS, Teletext, Closed Captions and burn them into the output video in one click.

http://qtlmovie.sourceforge.net/doc/qtlmovie-user.html#overview wrote:QtlMovie is designed to automate a reduced number of specific tasks in a "one-click" way without setting many parameters. These tasks are: 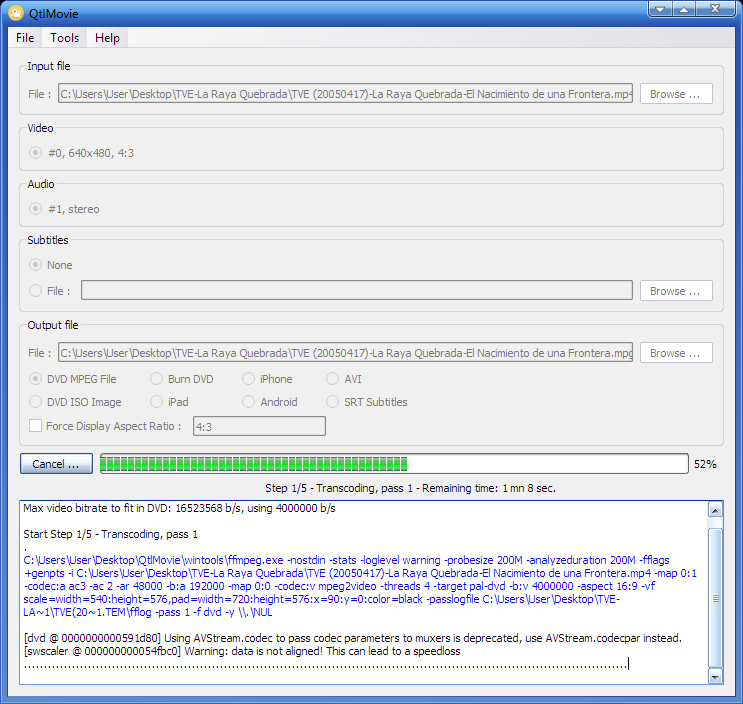 QtlMovie latest releases (currently v1.10) can be downloaded from the respective folders at https://sourceforge.net/projects/qtlmovie/files/.
Top

FYI, there are different download folders at https://sourceforge.net/projects/qtlmovie/files/ for "win32" and "win64" but, except for the FFmpeg binary included, both are the same. According to the blurb below, you should get the standalone archive if you want portability (untested!).

The binary installer requires administration privileges to install QtlMovie on the system. For users without such privileges, use the "standalone" archive 'QtlMovie-Win64-Standalone-{version}.zip'. Unzip it anywhere at simply run 'QtlMovie.exe'. 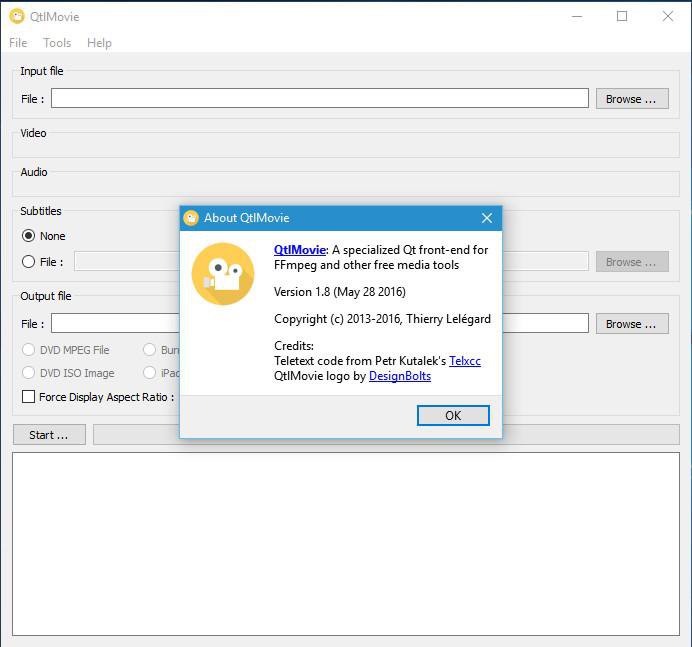 I was digging around for another GUI frontend to FFMPEG that will solve an encoding program for me, and came across this.

QtlMovie is a really neat program, and ticks a lot of boxes. Unfortunately, it is not portable as it writes settings to HKCU\Software\QtlMovie\QtlMovie. So I will move this topic to the "non-portable" section.
Top
Post Reply
3 posts • Page 1 of 1