Free Libre Action Roleplaying Engine is a simple game engine built to handle a very specific kind of game: single-player 2D action RPGs. Flare is not a reimplementation of an existing game or engine. It is a tribute to and exploration of the action RPG genre.

Rather than building a very abstract, robust game engine, the goal of this project is to build several real games and harvest an engine from the common, reusable code. The first game, in progress, is a fantasy dungeon crawl. 
Flare is an open source, 2D action RPG licensed under the GPL3 license. Its game play can be likened to the games in the Diablo series.

It has a definite "Diablo" Feel but movement is with the A,S,D and W keys and at an offset angle so you have to use 2 keys to walk straight in some areas.

Installer and Zip packages are available.

User data is saved to AppData/Roaming and several hits came up for flare in the registry using RegEdit only but most appeared to be windows (not sure though). 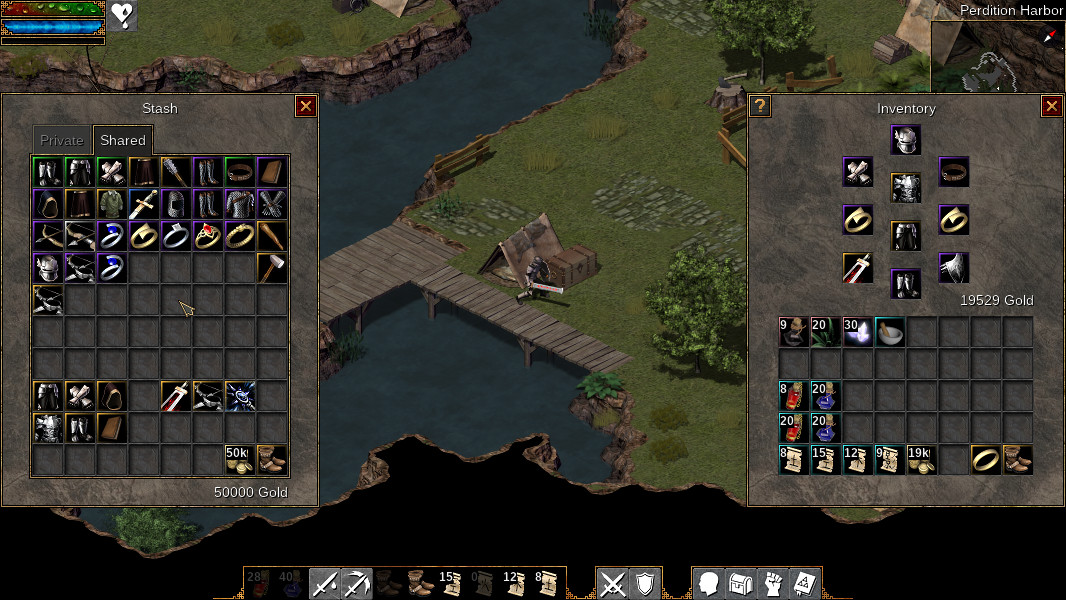 Has anyone played it? Is it any good? I looked up a youtube video that's interesting but I can't tell if it's something that's either too early in development to recommend or if it's a niche game or something we should chase after with the dev for portability.
Causes: Stop the Earn It Bill! / Support Mozilla / Net Neutrality (discussion) | TPFC Discord channel
Top

I played through the first quest and it played pretty well. I did find a setting to allow movement through mouse but haven't tried that yet.

I've looked for a way to save to the program directory but no luck so far, maybe YaP would work for this. An area that shows how to build has 3 save locations available but that is under the Linux section, nothing in the Windows section.
Top
Post Reply
4 posts • Page 1 of 1