I own a couple of PS4 controllers but unfortunately they've been taken away by my cub for 'quaranteen' reasons making me unable to test the program in any significant way. But it doesn't make any less interesting, IMHO, a controller utility that claims portability from the get go, so here it is.

DS4Windows is a portable program that allows you to get the best experience while using a DualShock 4 on your PC. By emulating a Xbox 360 controller, many more games are accessible. 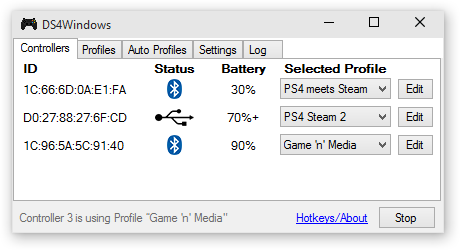 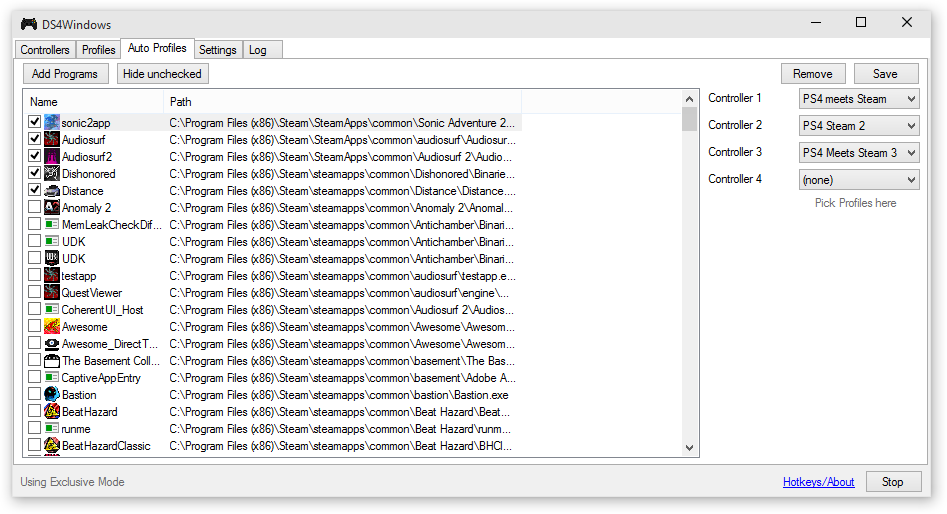 That version has been abandoned. This fork is the currently maintained one and has added much more functionality including DualSense PS5 controller support:
https://github.com/Ryochan7/DS4Windows

The application GUI itself may be portable but it requires installation of drivers to actually function as intended. So its not really portable.

Old versions of DS4windows such as the Jay2kings fork used ScpVBus driver which has since been replaced with the ViGEmBus driver in the new Ryochan7 fork. Optionally, you can use it with the HidGuardian driver to help keep DS4Windows have exclusive mode access to the controller from being stolen from other applications such as Steam. Though improper usage or uninstall of it can cause loss of mouse and keyboard function which would require booting into safe mode to undo.

Main reason to use HIdGuardian is to make sure the "Hide DS4 Controller" option works fully all the time. Without it, some games can see the original Dinput portion of the controller along with the emulated xbox360 Xinput (which is the purpose of DS4Windows) which causes double inputs to occur. Game launchers like Steam, Origin, Uplay, etc. prevent "hide DS4" from working sometimes and HIdGuardian helps against that.

I've been using DS4Windows since when the PS4 came out and got myself a Dualshock4 to replace my PS1/PS2 controller hooked up with some cheap radioshack usb adapter for PC use. So if you got any questions on how to use it... refer to the github wiki lol https://github.com/Ryochan7/DS4Windows/wiki or you can ask me I guess.
Top

Thanks for enlightening me (and living up to your username) Userfriendly.

I'll have to take a rain check on the help you offered, as I presently have no controllers to test...

To avoid confusion, I'll move the topic to "Discussion".
Top